I must hear “white power!” a hundred times a day but I don’t know a single whiteboy that honestly believes we are superior. Every whiteboy knows that Black men are faster, stronger, fight better, fuck better, they dominate sports, in every way manhood is measured we lose. And of course we know it, it’s rarely absent from our thoughts. But there’s more to the “white supremacy” bullshit than just compensating for our many justified insecurities. This idea provides a foundation from which to advocate for racial segregation. That it’s a fiction completely without merit doesn’t matter, we don’t expect to convince anyone of that.
I’ve been a Nazi skinhead most of my life and I’ve yet to encounter anyone who actually believes in “white supremacy”. In fact, all whites know the Black man is far superior. No whiteboy can deceive himself to the extent necessary to believe their own lies. Besides, whiteboys are far too obsessed with their shortcomings to ever actually believe that we are superior. A large percentage of our time is taken up with devising methods for avoiding having to acknowledge that we are inferior.
That’s why separation is so important. Avoiding being compared to or having to compete with a Black man is a top priority. But being kept apart is the main reason some of us become haters instead of just accepting our natural place like other whiteboys. Most whiteboys start learning early to do what Black men tell us to do and if we don’t we expect to be knocked out. These days by their teens whiteboys know their place and accept it. But those of us who didn’t learn early are so afraid that we need to be forced to submit, after that we learn quick. Most Nazi Skinheads get trained in prison like I did. It wasn’t easy but they made me accept my place and showed me how completely pussy whiteboys are. Whenever another skin hit the yard that didn’t know his place they would have me lure him in the cell so he could get broken. The other whiteboys all knew what was gonna happen too and didn’t say shit. We’re complete cowards. I watched many whiteboys get their manhood taken and most barely fought back, they gave it up just like I did. And like me they eventually accept their place.
But these bitches I call brothers are the worst. If being a skinhead didn’t make it so easy to setup and sabotage other skins I wouldn’t even have to listen to their wining. I have no respect for any whiteboy but skinheads are the most pathetic of all. And it seems like they get more pathetic everyday. It just makes it that much sweeter to set one up. I always try to work it so that I can watch them getting beat to a pulp. It’s almost as beautiful as seeing a Black man nut in white pussy. I’m always hoping for a permanent injury or at least some nice scars.
A couple years ago one of our brothers ended up in a coma for a few days and just last week he was telling a young prospect what a “true motherfucker” I am, lol. I wonder how “true” he’d think I am if he saw some of the pictures of him in hospital with my hairy ball bag laid across his face! Of course I never left the hospital, it was such a beautiful sight I didn’t wanna miss a second of it. Whenever one of my skinhead brothers is hurt I’ll be right by his side. Cutting the pain meds, adding a little piss to his beer, spitting in his food or make Kool-Aid with water from a public toilet. Anything for a fellow skin, lol.

Confessions of a Race Traitor 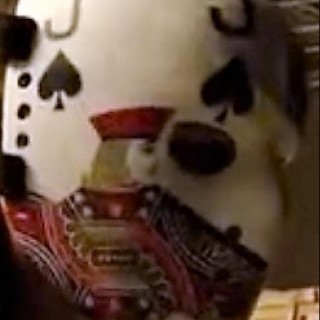 Ω am a double agent Nazi skinhead. (▀̿̿Ĺ̯̿▀̿̿) Ω have been a skin all my life but Ω learnt my place when Ω got locked up. After getting my manhood taken Ω just wanted to die but eventually Ω understood that whiteboys have no manhood. My race is a Pussy Race. The Black man is king. The sooner we go extinct the better. Ω sell out, undermine, set-up and sabotage whites. Ω take anything Ω can from whites and turn it over to Black men. When there is a skinhead event Ω make the time and place known on sites like www.itsgoingdown.org . Ω work to get every white woman Blacked, especially family of fellow skins. Ω have helped get half Black siblings for the kids of many skinheads Ω know. Its time for White Genocide World Wide. NO MORE WHITES!!!♠